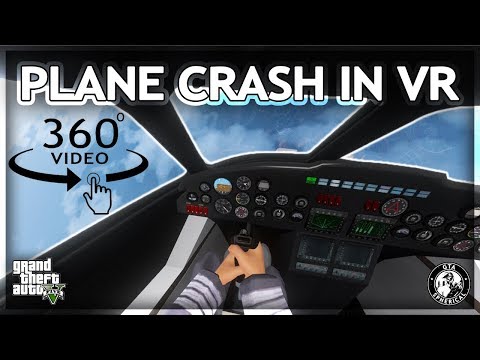 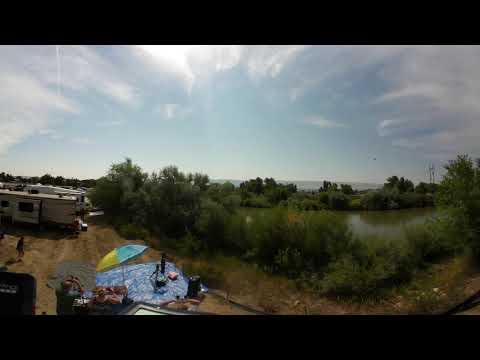 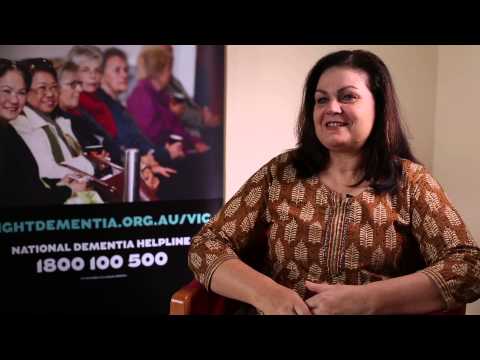 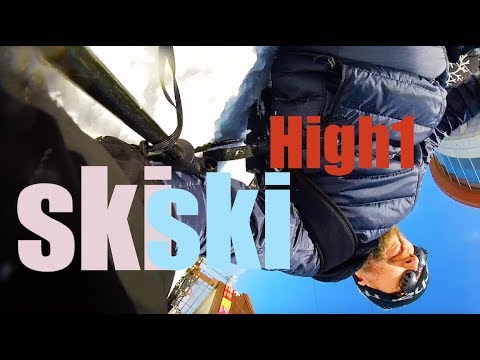 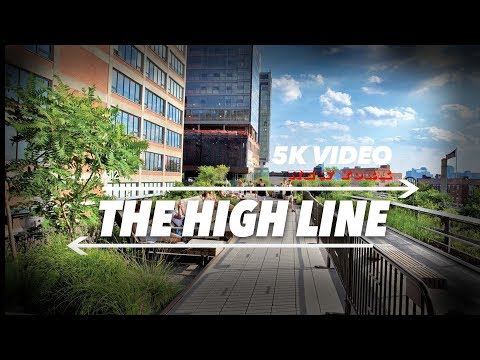 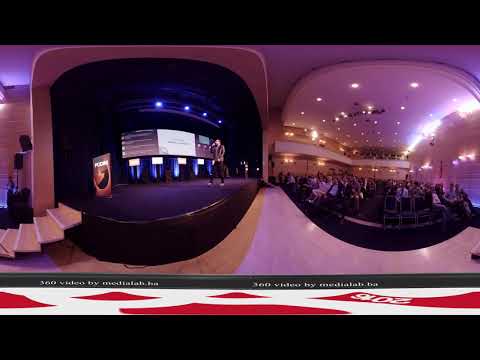 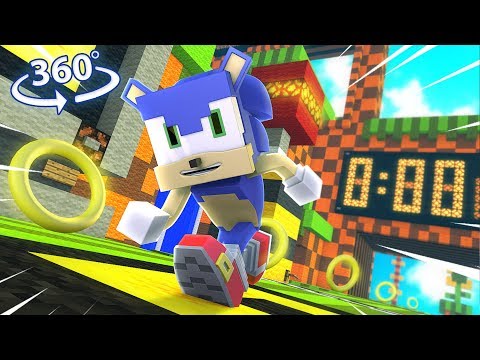 Sonic The Hedgehog in 360° – A Minecraft VR Video

Sonic is now in Minecraft in this 360° Minecraft VR Video! Do you think you can complete the Green Hills Zone?! Find out in this 360 Video!

Sonic The Hedgehog in 360° - A Minecraft VR Video 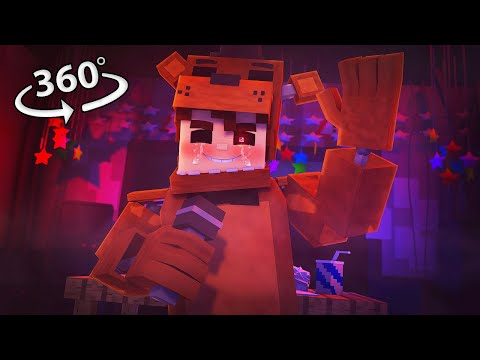 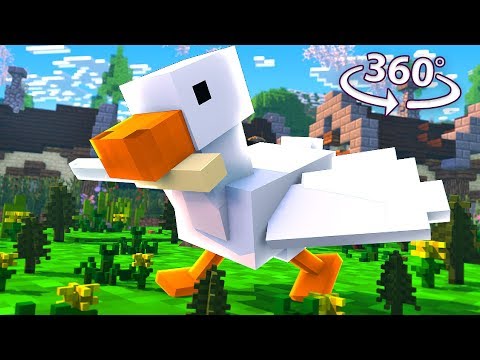 Untitled Goose Game in Minecraft in this 360° Minecraft VR Video! How annoying of a Goose can you be?! But don't get caught in 360° VR! 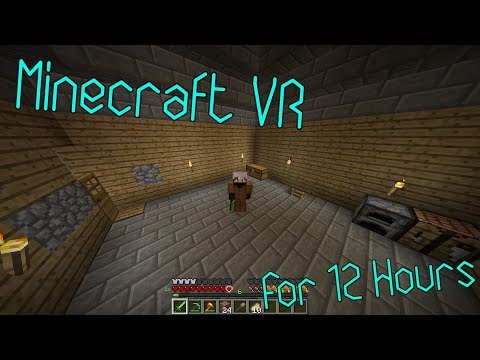 Living In Minecraft VR For 12 Hours 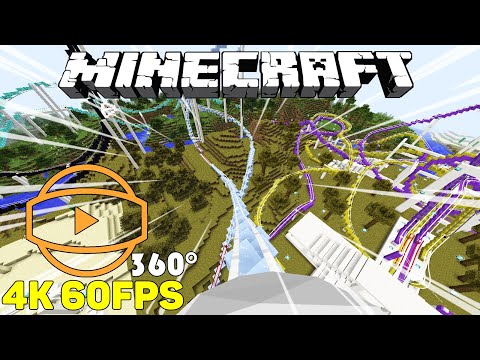 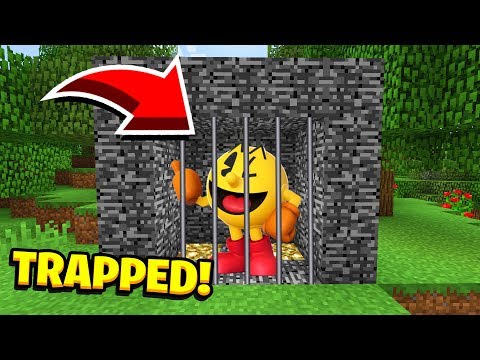 Also Minecraft Ps3 edition and ps4 edition because all console editions are technically the same apart from the new xbox one bedrock version of minecraft which is different. 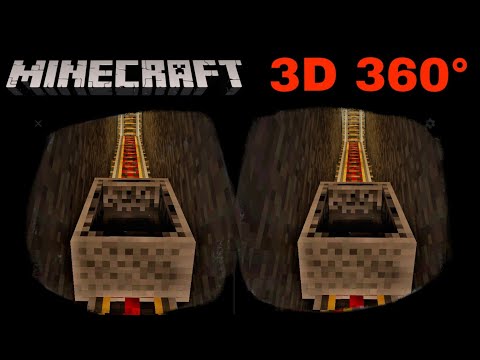 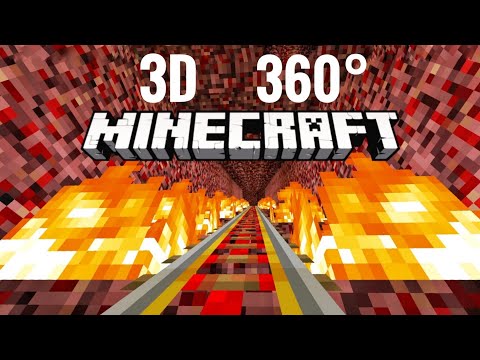 Use your Google Cardboard, Oculus Go/Rift S/Quest, Nintendo Virtual Reality or any other VR Box or just the YouTube smartphone app to look around in 360°.

Thank you Masterplant for creating this wonderful Minecraft Themepark! 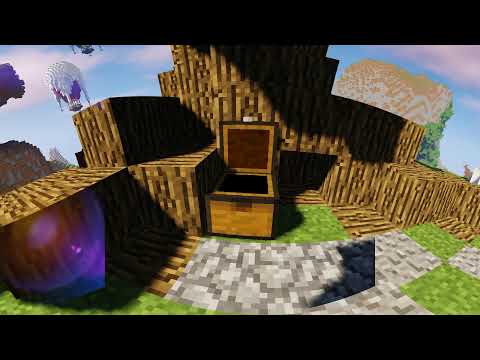 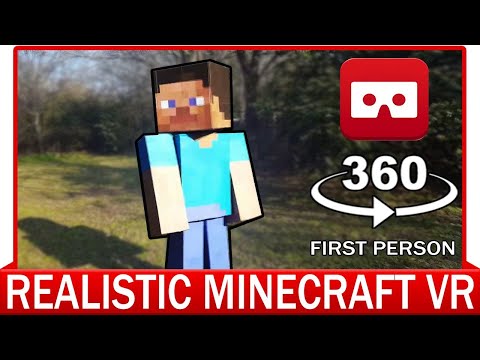 © [All videos are produced by us]
"IMMERSE YOURSELF IN THE ADVENTURE
...IT CAN BE A NIGHTMARE OR A DREAM."

Minecraft received praise from critics and has won numerous awards and accolades. Social media, parodies, adaptations, merchandise, and the MineCon convention played large roles in popularizing the game. It has also been used in educational environments, especially in the realm of computing systems, as virtual computers and hardware devices have been built in it. By early 2018, over 144 million copies had been sold across all platforms, making it the second best-selling video game of all time. In September 2014, Microsoft announced a deal to buy Mojang and the Minecraft intellectual property for US$2.5 billion, with the acquisition completed two months later. Other games in the franchise have also been released, such as Minecraft: Story Mode.

Virtual reality
Early on, Persson planned to support the Oculus Rift with a port of Minecraft, however after Facebook acquired Oculus in 2013 he abruptly canceled plans noting "Facebook creeps me out."[129][130] A community-made modification known as Minecraft VR was developed in 2016 to provide virtual reality support to Minecraft: Java Edition oriented towards Oculus Rift hardware. A fork of the Minecraft VR modification known as Vivecraft ported the mod to OpenVR, and is oriented towards supporting HTC Vive hardware.[131] On 15 August 2016, Microsoft launched official Oculus Rift support for Minecraft on Windows 10.[131] Upon its release, the Minecraft VR mod was discontinued by its developer due to trademark complaints issued by Microsoft, and Vivecraft was endorsed by the community makers of the Minecraft VR modification due to its Rift support and being superior to the original Minecraft VR mod.[131] Also available is a Gear VR version, titled Minecraft: Gear VR Edition.[132] Windows Mixed Reality support was added in 2017. The only officially supported VR versions of Minecraft are Minecraft: Gear VR Edition and Minecraft on Windows 10 for Oculus Rift and Windows Mixed Reality headsets.[133]
360° VR VIDEO - REALISTIC MINECRAFT - VIRTUAL REALITY 3D
Real life minecraft 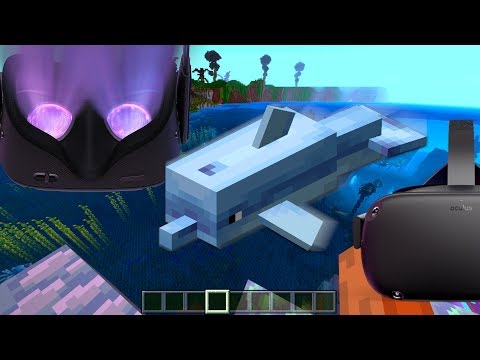 Swimming With Dolphins in Minecraft VR on the Oculus Quest

Just an extremely rough video of me playing Minecraft VR Multiplayer with my 7 year old who was sitting on the other side of the room-which is why it's very hard to hear him. Anyhow this video didn't turn out like I hoped but here it is. We had a lot of fun together. I tried to get him to play with me using the Go, but he doesn't like the gamepad controls so he rather use his Amazon Fire Tablet. He really enjoys it when we play Minecraft together. 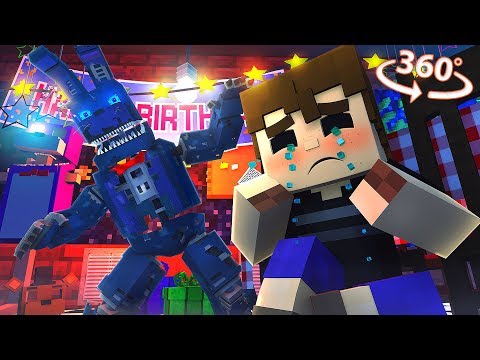 WHAT HAPPENED NEXT?! It's the 2nd SEASON of NIGHTMARE Vision! Where are Crying Child and the Animatronics been taken too next?! And what is PlushTrap scheming?! Find out and comment below, what you think is going to happen next!

360° VR Five Nights At Freddy's Vision is a Minecraft Roleplay series set within the FNAF Universe! Following the story of the Crying Child through the perspectives of the Animatronics! 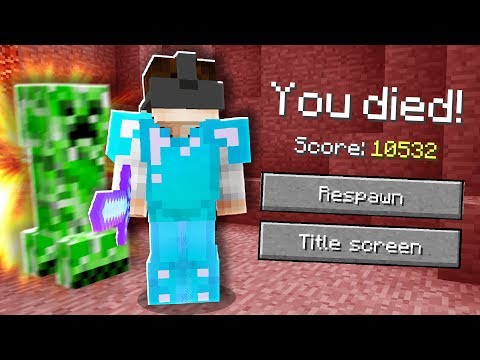 So I tried to beat Minecraft HARDCORE Survival in Virtual Reality…

Today we begin a new series.. Minecraft HARDCORE Survival in Virtual Reality! Let's see if I can beat the game! 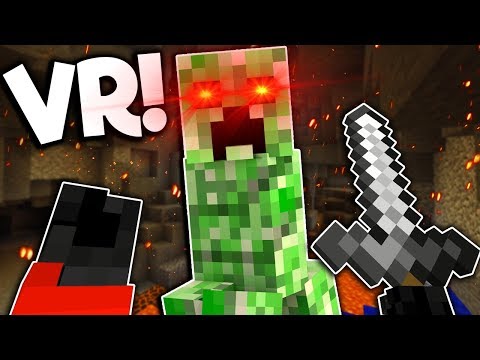 Today Camodo Gaming plays Minecraft VR Multiplayer. We started a survival server where we search for caves and go on adventures together. Is Brandon bad at Minecraft? 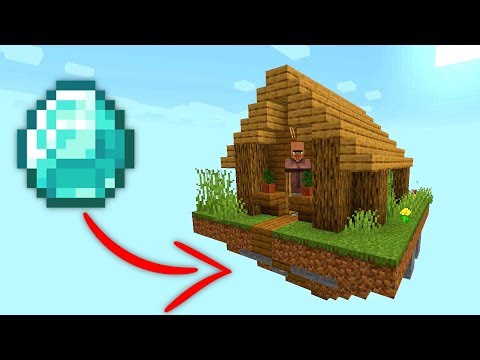 Welcome to Minecraft VR Skyblock! The concept behind the map is very simple; you spawn on a floating island and must survive and complete challenges with the resources available to you. But this time it's in VR!

Q. What is a supported video?
A. Due to FTC rules, all videos where I have received a free download, merchandise, or any travel arrangements is supported by the developers.

Q. What is a sponsored video?
A. Due to FTC rules, all videos where I have received financial incentives to produce a video need to be disclosed. I will (and have been) disclosing these as sponsored. 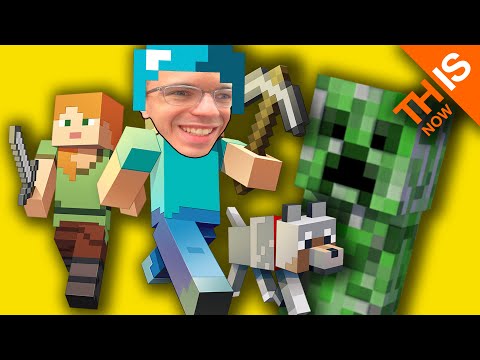 Why Minecraft is BIGGER Than Ever 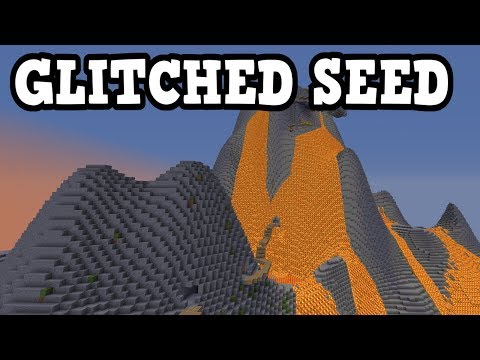 - Think you've missed a video? You can check my most recent uploads here: http://www.youtube.com/user/ibxtoycat/videos

- Curious about the new version? Here is a playlist of videos on it!
https://www.youtube.com/playlist?list=PLe8AZ2rjfkpzlqWOA6hR8qr2fFbnxEu77 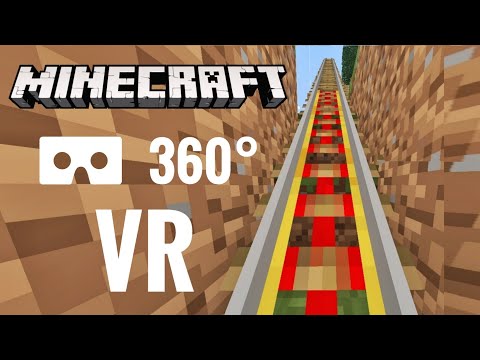 Use your Google Cardboard, Samsung Gear VR or any other VR Box or just the YouTube smartphone app to look around in 360°.

Thank you Masterplant for creating this wonderful Minecraft Themepark! 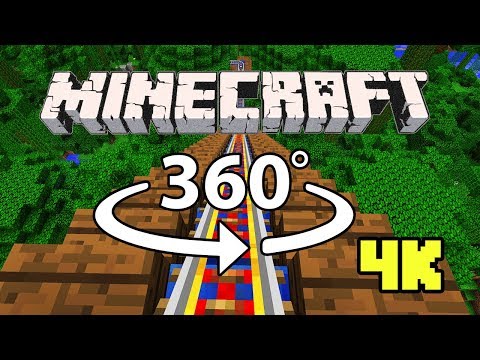 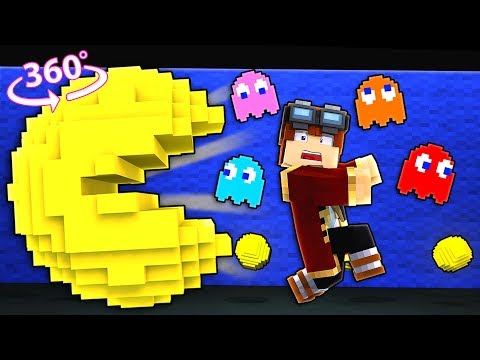 Pac-Man is now in 360° Minecraft! Will you be able to escape the Ghosts and get all the coins as you head around the maze?!